The European Society of Cardiology Congress, Europe’s biggest heart conference, was no exception. This year, our researchers presented their ground-breaking research into heart and circulatory diseases to a truly global audience. Across the weekend a record breaking 116,000 people from 211 countries tuned in. Here’s what we learnt.

Heart attacks can be surprisingly difficult to diagnose. Every year in the UK there are around 188,000 heart attacks but chest pain, which can have a number of different causes, is thought to be responsible for around a million visits to UK Accident and Emergency Departments.

For patients experiencing chest pain, doctors use what’s called a troponin blood test to detect whether there’s been any damage to the heart. However, this damage isn’t always caused by a heart attack.

Our researchers at the University of Edinburgh have created an algorithm which combines information such as someone’s age and gender with the results from their troponin test to predict the likelihood that they’re having a heart attack.

So far, it’s been tested on just over 20,000 people and accurately ruled out a heart attack 99.8 per cent of the time. The algorithm can also tell us who might benefit from further tests.

If a larger clinical trial confirmed these results, the technology could be made into a mobile app, for use in A&E departments across the country. The quicker doctors can work out whether this chest pain is caused by a heart attack, the quicker they can start treating people.

2. No link between blood pressure drugs and cancer

A potential link between blood pressure drugs and cancer has been debated for over 40 years, but evidence between any links have remained inconsistent and conflicting.

To investigate this, researchers who we part-fund at the University of Oxford examined the cancer rates of around 260,000 people across 31 blood pressure medication trails. A lot of this information had not been published before, making this the most detailed study yet.

The researchers accounted for factors including age, gender, body size, smoking and previous blood pressure medication use. Across an average of four years, they found no evidence that blood pressure lowering drugs increase the risk of cancer.

“This very large study has demonstrated that blood pressure lowering drugs that help to prevent a heart attack or stroke do not increase the risk of developing cancer. This study provides further reassurance that their use is safe”- Professor James Leiper, our Associate Medical Director.

Body mass index, or BMI, is a helpful way of assessing whether someone is within a healthy weight range.

New research that we funded suggests a person’s BMI is a powerful predictor of whether they will develop diabetes – more powerful than their genetics.

Next, they investigated whether the chance of diabetes was higher for those who were overweight for longer. They found that the length of time a person has an elevated BMI for does not change their risk of diabetes. 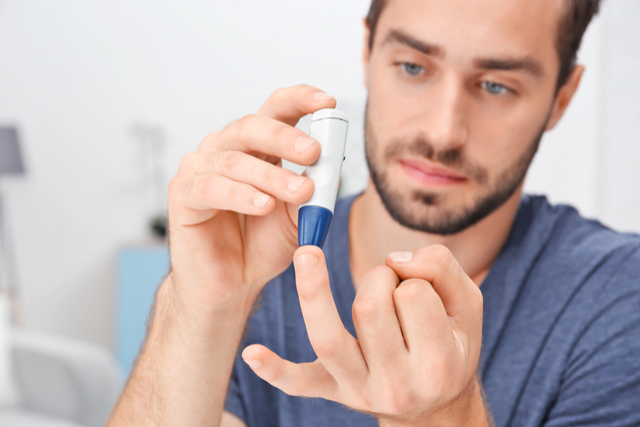 4. Understanding the differences between men and women’s hearts

Differences in the shape and texture of men and women’s hearts could help explain  why their risk of heart disease differs.

Researchers we fund at Queen Mary University of London collaborated with the University of Barcelona and University of Southampton to examine the heart structure of 667 healthy people – 309 men and 358 women.

The team developed a heart-specific image analysis ‘toolkit’ which they used to examine scanned images of the hearts.

Participants were also categorised into three different age groups: 45-54, 55-64, and 65-74 years of age. Whilst the differences in heart shape between men and women decreased with age, the variation in texture remained.

“Our ultimate goal is to use our imaging ‘toolkit’ to allow faster and more accurate diagnosis of heart disease, improve our estimations of future risk of heart conditions, and better understand the processes underlying cardiovascular disease” – Dr Zahra Raisi-Estabragh, BHF Clinical Research Training Fellow at Queen Mary University of London. Hundreds and thousands of people across the UK are living with a hidden heart rhythm disorder called atrial fibrillation (AF).

Last year the University of Birmingham received a BHF Accelerator Award of £1 million, partially to bolster their pioneering research into AF. Professor Paulus Kirchhof  presented the results of a multinational clinical trial – EAST-AFNET 4. He revealed that early control of an irregular heart rhythm with anti-arrhythmic drugs or a procedure called ablation, which breaks the abnormal electrical impulses in the heart, reduces future heart and circulatory complications such as heart attack and strokes.

In 135 centres from 11 countries between 2011 to 2016, the team studied 2,789 patients in the first year of AF diagnosis who had at least two cardiovascular conditions. They were randomly selected to either receive early rhythm control therapy or usual care, whereby patients were initially managed with heart rate control and were only given rhythm control therapy to reduce severe AF-related symptoms following current guidelines. They found that either cardiovascular death, stroke, or hospitalization with worsening of heart failure or a heart attack occurred in 249 people who received early rhythm control and 316 people who received usual care.

Cancer is not a single disease but a collection of diseases. It is complex and does not readily give up its secrets. Despite the challenges cancer poses, scientists and clinicians continue to hone the way in which they diagnose and treat it. Modern...

https://www.youtube.com/watch?v=i-sEnazkCrQ&t Trichology Scotland Wil Fleeson, the owner of Trichology Scotland, Joins us in the office to talk about Male Pattern Hair loss. He provides professional insight into the possible routes you can take if you are dealing...

https://www.youtube.com/watch?v=DeaQmgtu_JY&t Melissa Beattie Melissa Beattie, a Miss Scotland 2019 Finalist comes into the office to spread awareness for Psoriasis She talks about how she has dealt with the condition throughout her life with the trials and...

Any cookies that may not be particularly necessary for the website to function and is used specifically to collect user personal data via analytics, ads, other embedded contents are termed as non-necessary cookies. It is mandatory to procure user consent prior to running these cookies on your website.